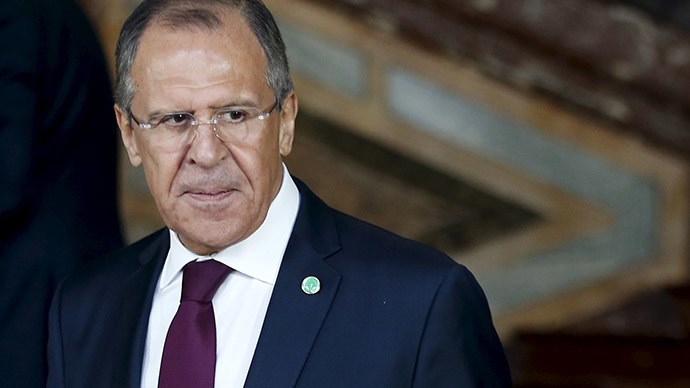 The Russian foreign minister on Monday said that Western states are demonstrating a lack of negotiability by their stance on the Syrian crisis, as their actions on the ground are in violation of UNSC Resolution 2401.

“The major clause of this resolution requires that all — I emphasize, all — the parties to the Syrian conflict agree on a ceasefire in order to provide at least a 30-day pause for delivery of humanitarian aid,” Lavrov said at a press conference in Namibia, adding that Damascus is being pressured to stop its military operation despite it targeting al-Nusra Front militants who are not covered by the truce regime.

He went on to say Russia has mounting evidence that “Western partners, especially the United States, would like to take the heat off al-Nusra Front, which has now changed its name — but this does not mean it has changed its nature —  and save it, in case they decide to return to plan ‘B,’ which is to change the regime in Damascus.”

The al-Nusra militants have been violating the ceasefire by shelling Damascus neighborhoods and preventing civilians from leaving the East Ghouta.

View all posts by syrianconstitution2017

The beginning of 2017 witnessed a start of a long-awaited negotiations between the official Damascus and the Syrian opposition representatives. The first round of talks took place in Kazakhstan capital, Astana city, and demonstrated the will of both sides of conflict to continue the dialogue and to reach peaceful crisis resolving. As a result of the negotiations a draft constitution for post-conflict Syria was provided to the public.